OF COUNSEL TO BRYAN M. PULLIAM 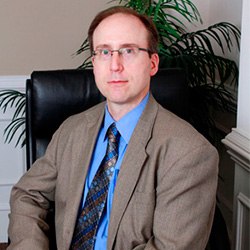 Raymond T. Brooks Jr. (“Ray”) is an experienced personal injury lawyer. He graduated from the University of Georgia School of Law in May 1990. In July 1990, he was admitted to the Georgia Bar. He worked as a Law Clerk in the Superior Court of the Northern Circuit from July 1990 to June 1991.

Ray was an associate for the Carter Firm in Madison, Georgia from July 1991 to October 1996. He worked with the Pulliam Firm in Covington, GA from November 1996 to December 1997 and then was a partner from January 1998 to September 2003.

In October of 2003, Ray opened The Law Offices of Raymond T. Brooks in Duluth, Georgia where he continued to specialize in representing injured people. Beginning in June 2013, he began serving as “of counsel” to Bryan M. Pulliam, LLC. Over his career, whether by settlement or by trial, Ray has recovered millions of dollars for his clients.

“I WOULD RECOMMEND BRYAN PULLIAM...INSURANCE COMPANIES KNOW HIM AND THEY DO
NOT WANT TO GO TO TRIAL AGAINST HIM.”

NO FEES UNLESS WE RECOVER MONEY ON YOUR BEHALF